These are experiences and encounters that have been central in building my personality, enriching my cultural awareness, improving my communication and social skills whilst broadening my knowledge and education of the world that surrounds me. 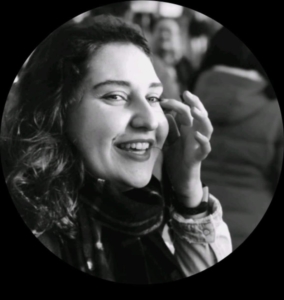 It is quite crazy to think that just because I was born in France I have the right to live, study and work in any of the EU countries. Born an EU citizen, I have the right to travel abroad for a few days only by booking a flight ticket and packing my suitcase. It’s crazy! Why would I want to give this right away?

I am free to leave and whenever I want without even needing extra paperwork. I can access museums for free, attend conferences… Europe also gave me the possibility to study most of the European languages as well as becoming bilingual in French and English and having knowledge of German. It enabled me to have a German pen pal when I was in high school and have a Greek roommate in my first year of uni.

These are experiences and encounters that have been central in building my personality, enriching my cultural awareness, improving my communication and social skills whilst broadening my knowledge and education of the world that surrounds me.

Throughout my years at school, I was given the chance to learn about the European institutions, their history, creation and the European law. I attended legal workshops at the European Court of Justice and met with MEPs at the European Parliament in Brussels. At uni, most of my friends came from European countries like Italy, France and Germany … It was like being able to access an infinite ocean of culture.

5 years ago, within a few clicks and a personal statement, I applied and was accepted to study a law degree in London. My French baccalaureate was immediately recognised as were my language skills, thanks to the European Language Levels. Within 3 hours I could be in London and finally make my childhood dream of becoming a lawyer come true. It was that easy.

Thanks to my EU citizenship, I can travel freely between France and England every few months, passing the “customs checks” of the Eurostar within less than 10 minutes. In my lifetime, I went to discover over 15 European countries, from England to Czech Republic, passing by Germany, Poland and the Netherlands, travelling with just my national identity card. Many times, my parents were driving to Belgium, Spain or Italy for the summer or for some short city break. It was that simple.I also had the chance to obtain a huge discount for ALL trains in Europe and which shows the power of such a collective assemble of countries working together towards a better, more accessible, open yet more peaceful world.

It is well known that for over 60 years, the European Union has been promoting peace and security, enhancing democratic values, developing a highly functioning single marketplace but also guaranteeing food and environmental standards and consumer benefits as well as ensuring human rights protection for every citizen of the continent. Although it is imperfect, this unionist system has been proven to be one of the most sustainable and most efficient system created in the whole history of the European continent.

We do not always realise how lucky we are to be part of such an amazing system. We often take it for granted as it was always there for us as we did not have to fight for it. The European system is admittedly lacking with perfection and certainly needs some improvement, but it is so far, one of the most efficient collective system of States ever created in the history of humanity.

Emilie is from France and lives in the UK undertaking her Legal Practice Course conjoint with an LLM. Before that she studied 1 year of law at the Université Paris Sud and later graduated with a Bachelors of Law (LLB) with honours from Royal Holloway University. Emilie would like to become a qualified solicitor in the UK.

Emilie has also had an article published in the New European which you can find here:
https://www.theneweuropean.co.uk/top-stories/european-student-s-letter-to-boris-johnson-over-brexit-1-6344942

I Dreamed a Dream