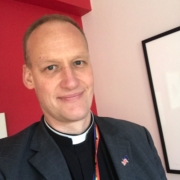 On 9 December, a few days before the General Election, our Prime Minister considered it appropriate to say that ‘over the last couple of decades or more… we’ve seen quite a large numbers of people coming in from the whole of the EU […] able to treat the UK basically as though it’s part of their own country.’

That’s not what I needed to hear at that stage, the statement left me feeling somewhat dirty. My family and I have been living in England since 2004 and I came here before as a student in 1996 and 1997.

The process of making one’s home here and Britain becoming ‘my own country’ has been incrementally and mostly unnoticeable. It is true that expatriates become more aware of their national identity of origin by living away from home: living in England made me far more aware of being and feeling German than I was ever before. Living as a foreigner somewhere else brings little things into focus: we don’t share the same memories of childhood, I never watched Dr Who or the two Rons, I did not even know that England once beat Germany (sort of) and won the World Cup, and whereas being able to drive across the few miles to Holland and Belgium without controls or change of currency whilst still using the same Rhineland dialect was a repeated and formative source of joy for me, family memories of war, death, hunger and occupation being very much alive in spite of being born in 1969. My home town is full of ‘jerry-built’ houses, not quite fitting between the older pre-war real estate. The war still feels tangible in my part of Germany and the many borders within an hour’s drive towards the Netherlands, Belgium, Luxembourg and France evoke childhood memories of queuing and waiting precisely by their new European absence. Using the Channel Tunnel never had that kind of impact on my friends over here.

It happened around having lived here for about 10 years: my German started to feel a bit old-fashioned whenever I visited ‘home’, my ‘home town’ had changed in my absence whereas Leicester, which is home to so many people who have once lived somewhere else, became more and more my home. The number of people I am regularly in touch with in Germany continues to shrink, whereas my children have been growing up in England and only know Germany from family visits. Germans also don’t form as closely-knit expatriate communities as many others. Leicester as my home town crept up on me, I didn’t expect to ever feel so contend in this place.

All expatriates and immigrants know that ‘home’ is a fragile concept for them. Places of origin fade in familiarity and relevance, but the new home takes getting used to: I am white, 6’4” tall and blond, but I am still instantly recognisable as a foreigner as soon as I open my mouth (although most people who don’t know me seem to think I am South African – my English is good but I do speak with a bit of an accent, even after many years). In all the years I have lived here incidents of hostility due to my German origin have been rare and far in between. I was taken aback when somebody refused to shake my hand because of his childhood memories of the Blitz. I do remember being welcomed on an orientation day at Durham University by an elderly academic with the line that ‘we are more used to Germans hanging from parachutes than wanting to do PhDs in this country’ (and I learned since that this was among the first signs of his beginning dementia). More awkward were attempted compliments I occasionally received: ‘You are ok, same tribe you know – at least you don’t look like the little f***er across the road in the Moroccan restaurant.‘ Or ‘you must feel weird about all the fuss about Prince Harry in the Africa Corps uniform.’ It didn’t help that I gently pointed out that the wearing of any Nazi uniform is a criminal offence in Germany, and has been for a very long time.

I am also still shy about claiming Leicester/England/Britain as my home or making any demands of that kind, after all, am I not just a guest here and need to accept that things can change? However, the EU Referendum did exactly the opposite of leaving Germany many years before: whereas the former made me more aware of my German identity, the referendum focussed my sense of home and belonging in England – and that this blossoming sense was suddenly threatened and challenged in a way I did not expect. It did not help the creeping feeling of alienation that as a foreign permanent resident my vote was not wanted or permissible in the referendum. Suddenly my sense of belonging became something to defend, something precious and hard won over many years. I joined a political party out of wanting to engage more with the society which welcomed me and offered me a home. I wanted to do my bit to show my engagement with British culture, my successful integration into its society and most of all I wanted to overcome my lack of agency in the most important political decision in decades. It felt good to be part of huge crowds marching through London. The one thing I could not bring myself to do was to apply for citizenship, for the sole reason of the prohibitive cost of £1330 per person – as a family of four, even with the slight reduction for minors this amounts close to £5000. About £4000 of this are net-profit for the Home Office as a recent court case demonstrated. Having been subjected to the language of being a ‘bargaining chip’ by at least some British politicians my motivation to financially support the Home Office instead of spending such significant amounts of money on my family was rather low.

I expected Boris Johnson to win, but I hoped he would not, particularly after his corrosive comments about people like me ‘treating Britain like my own country.’ It is my country. It has become my country, almost by stealth. It took most of the post-election Friday to sink in that this was it. I know of people from the continent who have had enough and left, often in mixed families where the British part feels mortified by the deteriorating tone and the narrow concern of what is good for Britain or England, mostly in solely financial terms. I dearly missed the question in the whole miserable Brexit debate what Britain might be able to contribute to Europe and the rest of the world.

Hence, after a thoroughly miserable post-election Friday, I felt kicked into action on Saturday. I was sick to death of being a bargaining chip and a victim – I would claim my elected home by applying for British Citizenship. I happily impersonate most German stereotypes, so after a few hours the application was done and the necessary pile of documents was scanned and uploaded in the correct way – and I felt tangibly poorer after the fee was paid. However, I cannot fault the home office process: if one is computer literate and all documentation is around and complete the process is straightforward. Half a day of my time was all it needed.

The only let-down was the appointment needed to check all the documentation and to take the necessary biometric data before all the application goes off to the Home Office. It required a fee of £60 per person and a trip to Nottingham Central Library – third floor. I was hoping for ‘Land of Hope and Glory’ being played on repeat, but instead somebody had put together some movable walls to create a dingy, windowless space. Following a faceless voice calling ‘Next!’ across the partitions we were facing the silent treatment from somebody looking at my uploaded scans. ‘All ok, you can go’ – without even wanting to see any of the original documents. I rarely felt less welcome – definitely not ‘Land of Hope and Glory’ playing, nor a cup of tea with a cucumber sandwich (with the crust cut off). Couldn’t they at least afford an office for £60 per ten-minute appointment (following £1330 per person per application)? This is the sort of anecdote which will stay with me for a long time and will make me giggle in years to come.

But – the Home Office delivered quickly. Following a very polite phone call to clarify some detail the letter came swiftly: in less than a month after the memorable Nottingham Library Welcome my citizenship application was accepted.

I am really glad about this. I am glad that Germany accepts double citizenship with other EU countries – until January 2021 all Germans becoming British will not be challenged about keeping their German citizenship. I am glad that my feeling at home in my adopted country is backed up by a document saying that I belong here. I am glad I am privileged enough to have the choice to become British: I have lived here long enough and paid my taxes. I got all sorts of documents in order and I know what to do with forms – not everybody finds that easy and straightforward. I can afford this outrageously expensive process even if I find it deeply unfair to have to give such a large amount of money to the Home Office. And I am really glad that next time I will be able to vote. It’s only one vote, but I will never feel so completely voiceless and powerless again. Watch out Mr Johnson (we are not on first names term).

Johannes Arens is a priest at Leicester Cathedral.