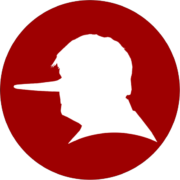 The Government has responded to the petition calling for the plans for voter ID to be scrapped with the e mail below.

That is unbelievable hypocrisy coming from a government led by people who lied on an unprecedented industrial scale and broke both electoral law and data protection law in order to obtain votes in 2016.

I urge to write to your MP pointing this out

The Government has responded to the petition you signed – “Scrap the Voter ID requirement introduced in the Election Integrity Bill”.

The Government was elected on a manifesto that committed to protecting the integrity of our democracy, by introducing identification to vote at polling stations. The Government has since announced that we will be bringing forward these measures as part of a wider initiative to tackle electoral fraud and give voters confidence in our elections.

Electoral fraud is a crime that strikes at a core principle of our democracy – that your vote is yours, and yours alone. Strengthening the integrity of our electoral system will give the public confidence that our elections will remain secure well into the future.

Showing identification to prove who you are is something people of all walks of life already do everyday. It is a reasonable and proportionate approach to extend this practice to voting and to give the public confidence that their vote is theirs, and theirs alone.

Everyone who is eligible to vote will continue to be able to do so. The list of approved photographic identification will not be limited to passports and driving licences. A broad range of documents will be accepted, including, for example, various concessionary travel passes, PASS cards, Ministry of Defence identity cards and photocard parking permits issued as part of the Blue Badge scheme.

In addition, expired photographic identification will be accepted as long as the photograph is of a good enough likeness to allow polling station staff to confirm the identity of the holder.

New research published by the Government shows that 98% of voters already own a photographic document that is on the list of acceptable types of identification under this policy. The figure was between 96%-99% across all age groups and regions and found that 99% of people from ethnic minorities owned an accepted form of identification. This research can be found at: https://commonslibrary.parliament.uk/research-briefings/cbp-9187/

Where a voter does not have one of the approved forms of photo identification, local authorities will be required, by law, to provide a Voter Card free of charge. An independent review of electoral fraud conducted by Lord Pickles highlighted the events of cases such as Tower Hamlets – in which the 2014 Mayoral election was declared void by corrupt and illegal practices – as evidence of vulnerabilities in our system which must be addressed.

Personation – assuming the identity of another person with the intention to deceive – is very difficult to prove and prosecute but it is by no means a victimless crime. There are frequent anecdotal reports of personation, including most recently during the 2021 local elections. Often, it only comes to light if and when the real voter tries to vote later after the crime has been committed.

That is why voter identification is so important, as it virtually eliminates the risk of personation occurring in the first place.

We will continue to work with the Electoral Commission and other stakeholders, including charities and civil society organisations, to make sure that voter identification works for all voters.